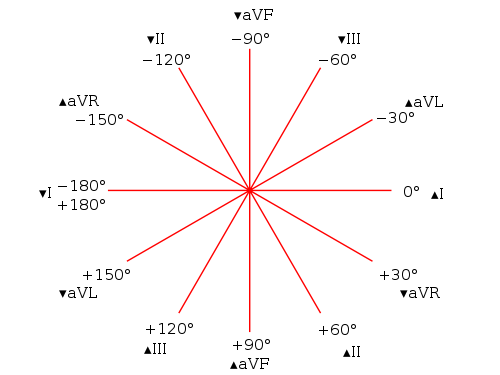 The QRS complex represents ventricular depolarisation, however, describing the QRS complex with these three letters is often an oversimplification. A QRS complex may not necessarily contain a Q wave, a R wave, or a S wave, and may contain more than one R wave.

The various deflections of the QRS wave can be notarised as follows:


Capitalisation of the letter indicates tall or deep waves, with small waves notarised with small letters.

Examples of various QRS complex morphologies and there nomenclatures below 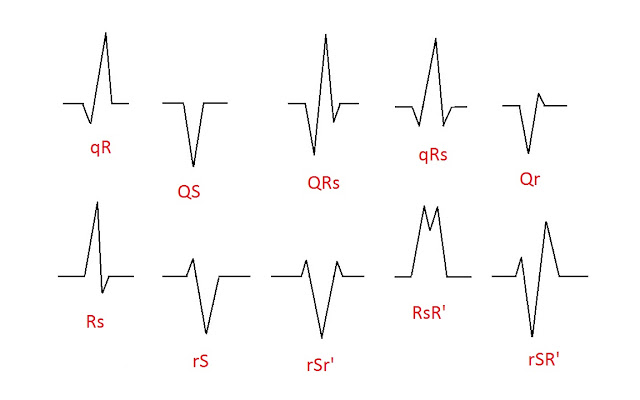